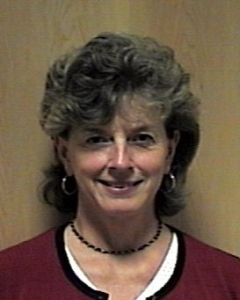 Ms. Murtha is an assistant professor and academic advisor at Landmark College in Putney, VT. Landmark is a small two year college dedicated to serving students with various kinds of learning differences, including Dyslexia, ADD/ADHD, and Aspergers. She has served the college for 19 years as a tutor, teacher, Director of the College Placement Office, and a full-time academic advisor.

In the nomination document, Provost Brent E. Betit said, “Meg supports the needs of the most complex learners on the planet on a daily basis, patiently and skillfully providing the non-directive guidance and advice that they require to be independent, capable learners. Over the course of a lengthy academic career at Landmark, Meg has served hundreds of such learners, and is often mentioned at graduation by the tearful but triumphant young graduates – young men and women who often entered our doors stumbling and fearful, but who leave with extraordinary courage, abilities, and self-confidence. Hundreds of contributing members of society, now leading fulfilling and productive lives, owe part of their success to the skill, commitment, and passion of Meg Murtha.”

Congratulations to Meg Murtha on her award and her successful career!